The technological revolution: what effects?

The technological revolution: what effects? 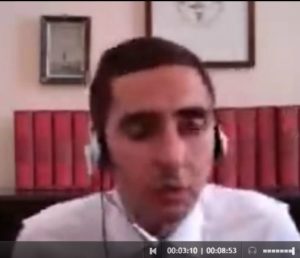 This revolution has four consequences, as underlined by the lawyer. Cafiero: 1. The return to the commons, with the sharing economy; 2. automation at certain levels, and therefore the robotisation of entire industrial plants; 3. alteration of the relationship between capital and labor: when technology becomes available to everyone, then every citizen will be able to independently produce part of the things he needs to live, he will therefore have less need to buy them on the market and, consequently , to request work from those who hold the capital to guarantee purchasing power through remuneration. In this sense, capital will lose the weight it had throughout the twentieth century. 4. the economy of smart working: it is a new approach, a new vision of the organization of work, which challenges the traditional constraints, linked to the place and time of work, introduces greater autonomy in defining the methods of execution of the work performance and focuses the work performance on the achievement of objectives and results. In this sense, they are traits that clash with those of subordination, governed by art. 2094 of the Italian Civil Code But, as the lawyer points out Cafiero, there are few structured smart working projects in our country: according to the Observatory of the Polytechnic of Milan they are equal to about 5% of companies. Furthermore, the Poletti DDL (DDL 2233/2016) connected to the 2016 Stability Law, has the purpose of outlining a definition of Smart Working.

With regard to smart working, the lawyer Cafiero, believes that modifying art. 51 of the Consolidated Income Act (see attachment at the top right) and create tax exemption quotas for income from work dependent on smart working, thus making it a welfare tool, and encourage its use. To date, with the decree of 25 March 2013, the Government has included smart working income, among those that enjoy a 10% tax reduction, a step forward but not sufficient. Among the effects of the fourth industrial revolution, there is certainly the destruction of jobs, about 22.7 million, according to an American business consultancy giant, Forrester Research, but consequently the creation of new ones linked above all to the digitization of production , ICT, big data etc. In addition to this there is the risk of a workaholics company, that is, of people dependent on work, thanks to the technologist who will make an uninterrupted connection with it possible. In this context of revolution, therefore, according to the lawyer Cafiero, a body within the Government or the Ministry of Labor is needed to govern the effects of the technology of the fourth industrial revolution, against the risk of the exasperated logic of profit.

Comment by the lawyer Cafiero for 24- Sole 24 Ore Law on the Constitutional Court ruling no. 194 of 2018 regarding the illegitimacy of Article 3 of Legislative Decree no. 23 of 2015 (so-called Jobs Act):

The settlements of the Workers’ Statute and the twentieth-century categories of labor law in the face of technological innovation and the new challenges that the new privacy discipline imposes especially in the case of Smart working. A contribution from the lawyer Cafiero for @ agendadigitale.eu