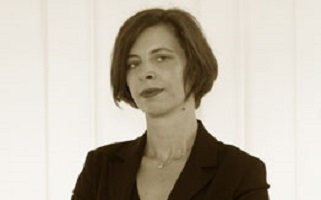 Criminal lawyer, authorized to practice before the Supreme Court of Cassation, since enrollment in the Register she focuses his professional activity exclusively in the field of criminal law, further specializing then in the issues of the company’s criminal law.

In 2012 she started with Lawyer. Massimiliano Annetta at the Law Firm Annetta & Associate.

Professions of the University of Florence in 2004.

She has a good knowledge of English

She was a professor of criminal law at the School of Specialization for the Legal Professions of the University of Florence. He is a member of the Criminal Law Study Group of the Lawyers Syndicate of Florence as well as a lecturer in Technical Seminars for the drafting of deeds and opinions and in the Seminars of Defense Techniques of the parties in the first instance criminal proceedings organized by the Florence Bar Association

She was also a lecturer in the qualification course for registration on the list of the defenders before the Juvenile Court organized by the Lawyers’ Orders of the District of Tuscany.

Numerous seminars and conferences attended as a speaker, among which we highlight, by way of example: Speaker at the conference “Protection of the victim in the wake of European guidelines” organized by the Florence Bar Association;

Speaker at the conference “Where are we?” Three years from the decree 93/2013. The warnings: these strangers? “Organized by the Association of Women Jurists of Italy in collaboration with the Equal Opportunities Committee of the Order of Lawyers of Florence;

Speaker at the conference “7 and 8: decriminalization and repeal. First reflections and critical points on legislative decrees n. 7/2016 and 8/2016” organized by the Florence Lawyers Syndicate and the Training Foundation of the Florence Bar Association;

Speaker at the conference “Self-laundering and tax crimes. The perennial conflict between jurisprudential torsions and the legislator’s typing efforts “organized by the Florence Lawyers Syndicate and the Foundation for Training of the Florence Bar Association

She is a member of the Executive Council of the Lawyers Syndicate of Florence, a territorial association of the National Forensic Association.

As a congress participant, she took part in the XXXIII National Forensic Congress.

She was coordinator of the coordination of the lawyers nation established by the then Chief Justice of the Democratic Party Andrea Orlando and Head of the Metropolitan PD jail in Florence.