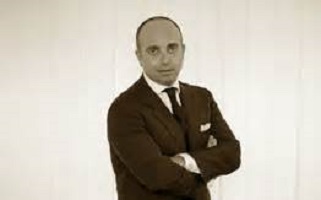 Criminal lawyer, qualified to practice before the Supreme Court of Cassation, founded the firm that has his name in 2004, focusing his professional activity exclusively in the field of criminal law, further specializing then in the issues of the company’s criminal law.

In 2012 he started with Lawyer Roberta Rossi at the Annetta & Associati law firm.

In 1997 he graduated in law from the University of Florence, subsequently becoming a lecturer in the subject at the chair of criminal procedure, in collaboration with Prof. Lawyer. Giovanni Voena, and, at the same time, he undertook the legal profession of the professor.

In 2002 he received a PhD in Criminal and procedural law.

He immediately focused his professional activity in the field of criminal law, maturing over the years a growing specialization in the criminal law of economics, work and business in general; in fact, it has significant experience in the field of the so-called “white collar crime”.

Furthermore, thanks to its specific experience in the field of corporate responsibility, it assists companies in the risk analysis phase and in the preparation of effective organizational models envisaged and governed by Legislative Decree 231/01, at the same time assisting legal entities, companies and associations investigated or charged pursuant to Legislative Decree n. 231/2001. Similar experience, in strong synergy with the academic activity, in the field of anti-corruption.

By way of example, he was involved in the training provided for by Legislative Decree 8 June 2001, n. 231 on the “Regulation of the administrative liability of legal persons, companies and associations, even without legal personality, pursuant to article 11 of the law of 29 September 2000, n. 300 “at leading industrial companies (Terna SpA); of the training required by Law 6.11.2012 on “Urgent provisions for the prevention and repression of illegality in the Public Administration” (Coinfo Consortium); he was in charge of training in criminal matters in relation to the three-year plan for the prevention of corruption pursuant to art. 1, coma 5, lett. a) of the l. 6.11.2012 n. 190 (University of Florence).

It is the national trustee in criminal matters of SIULP, the Italian Unitary Union of Police Workers.

The specific training in the corporate field has also seen him provide preventive consulting services in the context of corporate purchase, merger and restructuring operations, assisting the Client in analyzing the penal risk of the investment.

He also gained absolutely peculiar experience in defending and dealing with criminal proceedings pending before the Judicial Authority of the Republic of San Marino with respect to which a specialist competence was acquired also in reference to the relations between the San Marino judicial authorities and the Italian judicial authorities. Such knowledge allows for highly specialized assistance in all those procedures that are characterized by the intersection of the two legal systems, whether they are celebrated before the Italian Courts or before the Court of the Republic of San Marino.

He assists national and international clients before the European Court of Human Rights and has specific competences in the treatment and defense of foreign citizens in the rogatory and extradition proceedings.

The practice of the profession has been constantly associated with university activity: having obtained a research doctorate, he is now a professor of criminal law at the School of Specialization for the Legal Professions of the University of Florence.

He is also a lecturer in criminal law at the Link Campus University in Rome and, since he took the same University course, Director and Coordinator of the 1st level University Master’s degree in “Anti-corruption: a new model of public ethics. Ordinary answers and new protagonists”.

He is a member of the Scientific Committee of the Safety and Freedom Foundation.

Numerous seminars and conferences attended as a speaker, among which we highlight, by way of example:

Speaker at the conference “Corruption: real problem or perceived emergency. Relations between justice and information” at Link Campus University;

Speaker at the conference “Self-laundering and tax crimes. The perennial conflict between jurisprudential torsions and the legislator’s typing efforts “organized by the Lawyers Syndicate of Florence and the Training Foundation of the Florence Bar Association;

Speaker at the conference “Media and process. The difficult balance between the right to report and citizens’ guarantees “organized by the Merta Association;

Presentation of the journal Choices Publications and Coordination of the round table on the legal reform of justice and the functioning of the Tuscan judicial system organized by the Romano Viviani Association of Florence;

Speaker at the conference “Nullity, inadmissibility and forfeitures” organized by the Criminal Chamber of Grosseto;

Speaker at the conference “Reform of the professional system and questions of specialization” organized by the Criminal Chamber of Florence;

Speaker at the conference “DDT interceptions: what possible reconciliation between investigative needs and personal rights?” Organized by the Romano Viviani Association of Florence;

Presentation of the book by Luciano Violante “Magistrati” and coordination of the round table on the subject of “Reform of the judiciary”;

Speaker at the conference “The security package” organized by the municipal council group of Florence of the PD;

Speaker at the conference “Personal security measures” organized by the Criminal Chamber of Trieste;

Speaker at the conference “Crimes concerning privacy” organized by the University of Florence and the Foundation for Training of the Order of Lawyers of Florence;

Speaker at the conference “Crimes in the family” organized by AIAF; UCPI, Foundation for Training of the Order of Lawyers of Florence;

Speaker at the conference “Crimes in electoral matters” organized by the University of Florence and UCPI.

He was a member of the Governing Council of the Criminal Chamber of Florence with responsibility for training and, at the 2016 Bologna Congress, a candidate for the Board of the Union of Italian Criminal Chambers.

He was also a member of the scientific committee of the Criminal Chamber of Florence, as well as scientific coordinator of the working groups for criminal matters of the Training Foundation of the Order of Lawyers of Florence